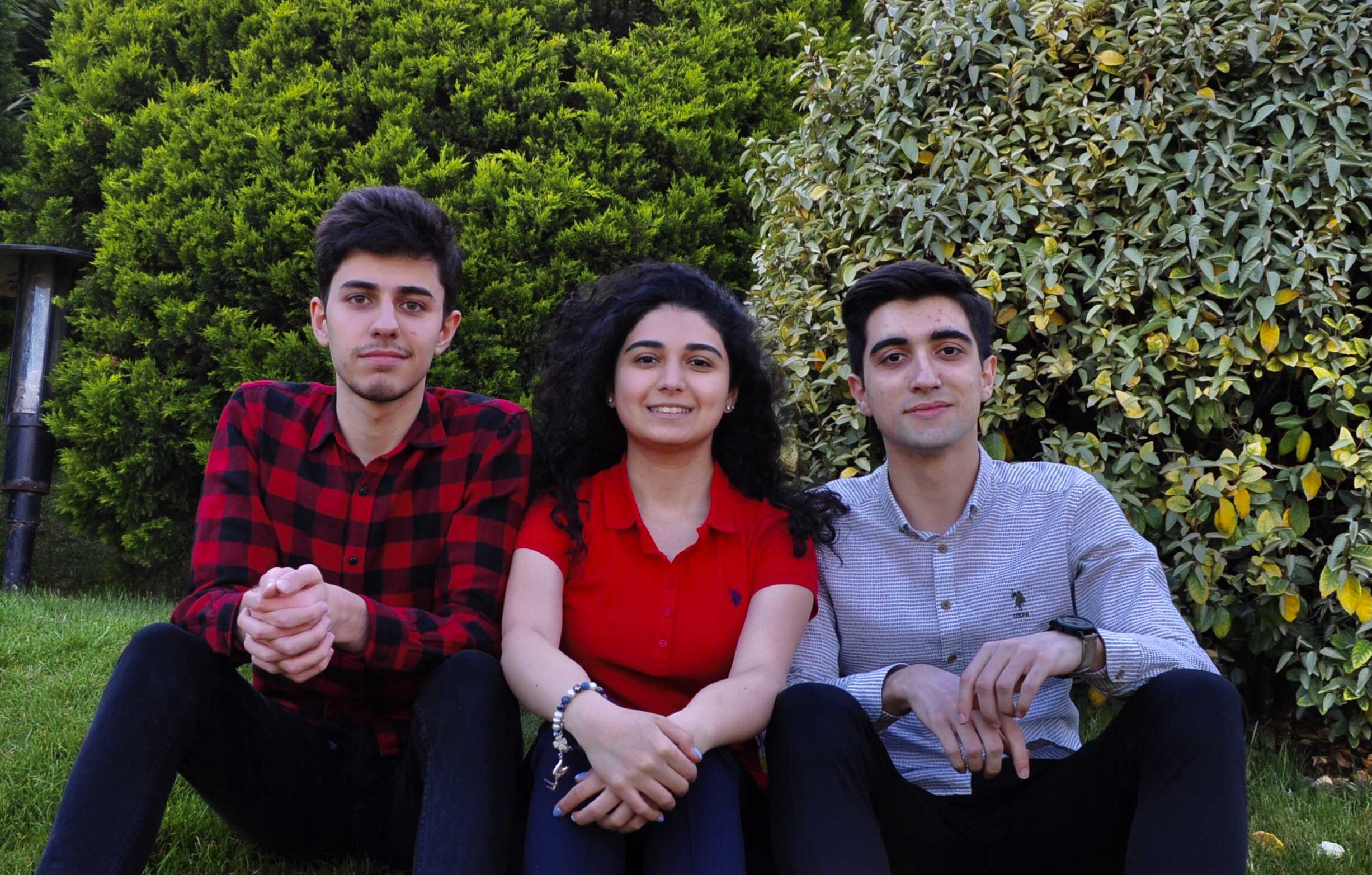 We are proud to announce that the second time in a row the students of the French-Azerbaijani University become the winners of a global BP Skills Refinery Program that involves various participants from different countries and universities.

This year Azerbaijan will be represented at the summit by three third-year UFAZ students of Chemical Engineering - Aydin Aliyev, Aqil Idriszade, Laman Jalilova; and Reyhan Jamalova.

On July 22-25 2021, they will be partaking in One Young World Munich 2021 as delegates. Delegates from 190+ countries are counselled by influential political, business and humanitarian leaders such as Justin Trudeau, Paul Polman and Meghan Markle, amongst many other global figures.

Aydin Aliyev, a team member, shared his impression of the event:

The Summit has already been postponed two times (from October to April and from April to July) but despite that, we are eagerly looking forward to participating in One Young World Summit which is the global platform convening the brightest young talent from every country and sector, working to accelerate social impact.

On behalf of us three, we thank BP for giving us such an opportunity to learn, develop and attend the biggest, most impactful and successful youth summit.”

To recall, Laman Jalilova, Chemical Engineering student of the UFAZ became the individual winner of the Skills Refinery Project, launched by British Petroleum (BP) and was invited to participate at the One Young World Summit in London in October, 2019. 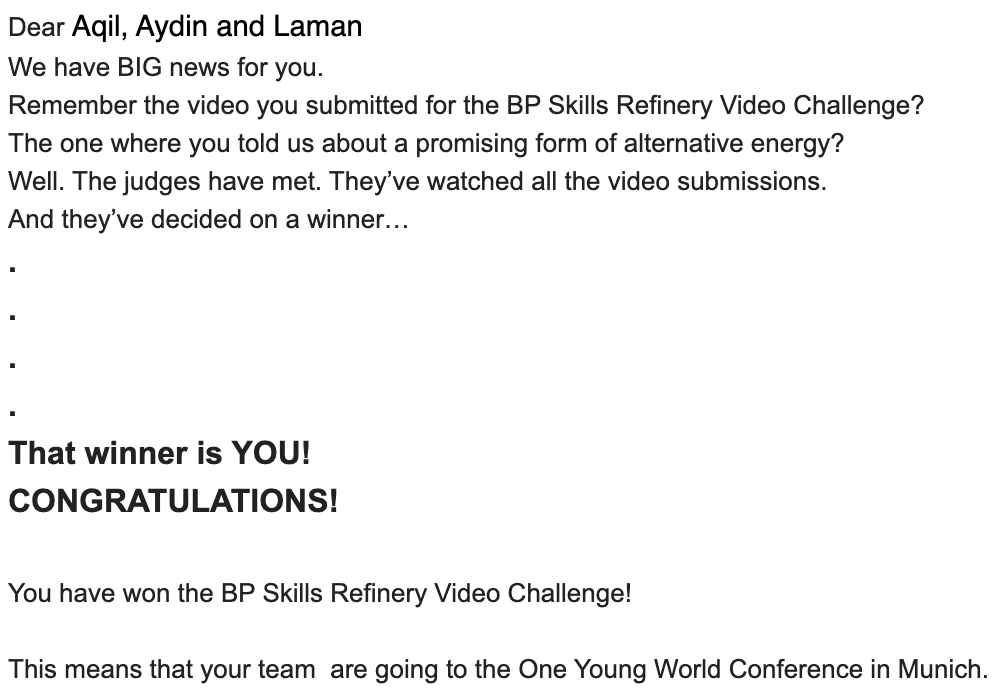